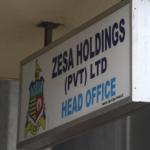 A woman from Mutare appeared before a magistrate last week on allegations of defrauding an unsuspecting home-seeker of about US$5 000 by selling ZESA Holdings’ land.

She was not asked to plead and was remanded out of custody to 23 December for trial on ZWL$10 000 bail.

Prosecutor Sharon Chibvongodze alleged that sometime in 2017, Nyangani devised a plan to lure her victim, Jane Museredza (64) of Masharu Village under Chief Marange, into a land deal.

The court heard that Nyangani advertised to sell a residential stand at Garikai Extension, Chikanga 3.

It is alleged that Nyangani knew that the land in question was not supposed to be disposed of as the Ministry of National Housing and Social Amenities had mistakenly allocated it on ZESA Holdings’ land. Said Chibvongodze:

The accused got in touch with the complainant. After negotiations, they agreed on a US$4 500 deal. The complainant tasked her niece, Eugene Museredza, to assess the stand.

An additional US$2 000 and US$500 was sent to enable the accused to “process some papers”.

Chibvongodze said the parties signed an agreement of sale papers, with Nyangani handing over the documents to Eugene.

Museredza’s sister came to Zimbabwe on 7 September 2019 with the intention of developing the property. Added the prosecutor:

She took the papers to the Ministry of National Housing and Social Amenities to formalise the process, only to be told that the area belongs to ZESA Holdings.

The complainant, Museredza, approached the accused to deal with the issues but Nyangani professed ignorance on the fact that she had sold part of ZESA Holdings’ land.

Museredza reported the matter to the police on 2 December after her efforts to get a refund were fruitless leading to Nyangani’s arrest.

The total value Museredza was prejudiced of is US$4 300 and R10 000. Nothing has been recovered.