Winter Olympics: Who are the global names to watch at Beijing 2022? 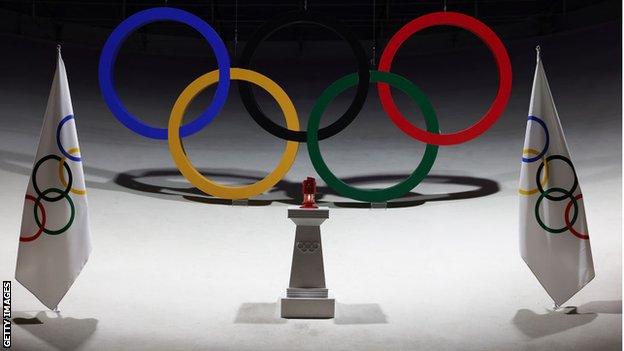 BBC Sport has already looked at the Team GB hopefuls, so now let's focus on some of the global names who could make the headlines in China.

A double Olympic champion, the 26-year-old - who became the youngest Winter Olympic champion in history when she won the slalom at Sochi 2014 at the age of 18 - is hot favourite to add to her medal collection.

She needs one more gold to set a new record for the most Olympic wins by an American alpine skier.

The first skier to win gold at five successive world championships in 2021, she is also the only one with wins in all six alpine ski World Cup disciplines.

She is already the most decorated female Olympic luger with four golds and one bronze.

Since winning the singles and team relay at Pyeongchang, she missed the 2019-20 season to have a baby but has returned in medal-winning form with a silver at the 2021 world championships in Germany in January and the overall World Cup title for 2020-21.

The 33-year-old is not putting any pressure on herself in Beijing, telling Sportbild: "I've achieved everything I wanted to achieve. It's a lot easier for me because everything that's coming now is an encore."

He is going for a third successive title - something that has not been done since 1928.

But the 26-year-old's preparations have not been ideal, with a right ankle ligament injury keeping him out of the start of the season after a fall.

His biggest challenge is likely to come from American Nathan Chen, who has won the past three World Championships and has an Olympic point to prove after a mistake-ridden Games debut in 2018.

The American was one of the stars of the Pyeongchang Games when as a 17-year-old she won halfpipe gold to become the youngest woman to win an Olympic snowboarding title.

She told Time magazine earlier this year that she had struggled to deal with the attention that came after her success, even throwing her gold medal away in her parents' bin.

But she said she feels "much more at peace now" and goes to Beijing with several new tricks and as the reigning world champion.

The face of the Games, she is the hosts' big gold medal hope - and a very realistic one.

Born in California to an American father and Chinese mother, the 18-year-old represented the United States before switching to China.

Known as Gu Ailing in Chinese, the teenager enjoyed a fantastic 2021, winning three medals at the X Games - gold in halfpipe and slopestyle and bronze in Big Air - and then repeated those medals in the World Championships.

Is he still around?!

Yes, snowboarding's biggest name is back for a fifth Olympics at the age of 35.

He had at one point hoped to compete in the summer Games in Tokyo in skateboarding but abandoned that bid when he thought it might interfere with his chances of qualifying for Beijing.

"I've definitely got my eye on the prize for this one," he told reporters in October. "But I will admit, it is getting harder."

Can anyone beat this man?

'Dominant' does not seem a strong enough word to describe the pilot who won 15 of 16 World Cup contests last season, and has also won seven out of eight races this season.

The 31-year-old took gold in the four-man and two-man at the 2018 Games, as well as winning both events at each of the past four World Championships.

And he does not just win, he does it by some distance - his was almost two seconds faster than his nearest rival in the two-man event at the 2021 World Championships. To put that into context, that was greater than the margin separating second place from 16th.

She won two Olympic gold medals and a bronze competing for Canada but it was touch and go whether she would be able to compete in Beijing because she was waiting for US citizenship.

The five-time world champion, 36, was released by Bobsleigh Canada in 2019, a year after filing a harassment complaint against the governing body alleging she had been verbally and emotionally abused by her former coach.

She switched allegiances to the United States and it was only in December 2021 that she was finally granted citizenship to ensure that the current world champion in the women's monobob - which is making its debut this year - would get a chance at Olympic success in it too. She is also in the two-woman bob.

At just 15 years old, the Russian national champion has set a lot of records even before she gets to Beijing.

On her senior debut at the Finlandia Trophy last year she landed three quadruple jumps in a world record free skate. She has since extended the record twice with the routine that is performed to Ravel's Bolero - yes, that Torvill and Dean 1984 Olympic-winning music!

The Russians - competing once again as Russian Olympic Committee because of sanctions relating to doping scandals - are in with a good chance of a clean sweep of the medals in the women's figure skating with a trio of teenagers.

The 35-year-old is already the most decorated Olympic speed skater of all time with 11 medal and is also her country's most success Olympian.

If she finishes first in any of her three events, she will be the first person to win a gold medal at five different Winter Olympics.

She and compatriot Sven Kramer can also join German great Claudia Pechstein as the only speed skaters to win individual medals at five different Winter Olympics.

Pechstein, 49, incidentally, will be competing at her eighth Winter Olympics - coming 30 years after her debut at Albertville1992 - which will equal the record of Japanese ski jumper Noriaki Kasai.

LeDuc, 31, will become the first out non-binary person to compete in the Winter Olympics.

In 2019, they were the first openly gay athlete to win gold in a US pairs event, and alongside skating partner Ashley Cain-Gribble won the 2022 US national title.

"My hope is it shifts to that queer people can be both open and successful in sports," LeDuc said on the Team USA website.