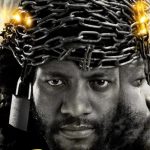 The award is given to an artist who speaks against corruption through music.

The final nominees’ list was picked from over 200 nominations submitted across the African continent.

The awards ceremony is organised by ONE, Accountability labs, and Trace Africa.

Winky D’s 2019 song, Njema, a title that translates to handcuffs, reflects the frustrations of young Africans, spread messages of inspiration and calls for change.

Accountability Music Award organisers said Njema “talks about how the citizens of Zimbabwe have been handcuffed by corruption, encourages people to free themselves from scenarios that will delay progress.”

The Accountability Music Awards are designed to recognise African musicians and artists fighting corruption using music to spotlight the negative impacts that corruption and a lack of transparent and accountable government institutions have on countries.

In 2019, Nigerian musician, Cill born Chioma Ogbonna won the Accountability Awards for her song “All You’ve Got” which urged citizens to take an active role in pushing for social and political reforms.

Congrats Gaffa,an inspiration to some of Zim youth including myself

Yeah he did big

Congratulations to you gaffa l wish you all the best!

Winky is a prophet