WHO: Blanket Travel Bans Won't Prevent The Spread Of Omicron 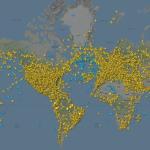 The World Health Organization (WHO) has warned blanket travel bans will not prevent the spread of Omicron, a new coronavirus variant.

WHO chief Tedros Adhanom Ghebreyesus said it was understandable for countries to seek to protect their citizens “against a variant we don’t yet fully understand”.

But he called for the global response to be “calm, coordinated and coherent”, urging nations to “take rational, proportional risk-reduction measures”.

The likely futility of broad travel restrictions was emphasised as Dutch authorities reported that Omicron was present in the country before South Africa officially reported its first cases on November 25.

The new variant, whose high number of mutations the WHO believes may make it more transmissible or resistant to vaccines, was found in two Dutch test samples from November 19 and 23, with one having no travel history.

However, US President Joe Biden said the travel bans on just the southern African nations would stay in place, without referencing the other places where Omicron has been detected.

Asked how long travel restrictions that took effect Monday on South Africa and seven other southern African countries would remain, Biden said it “kind of depends”. He told reporters:

We’re going to learn a lot more in the next couple weeks about the lethality of this virus, about how much it spreads, what we have to control it, etcetera.

Southern African countries have also criticised the travel bans with some suggesting that the World was going to isolate Africa had the COVID-19 originated on the continent.

If this is a man-made virus, the intention was to wipe out all Africans. Only last week, the scientist were baffled why the virus had not recked havoc on the continent. Now therefore, they have unleashed the mother of all virus on the continent.

God is Omniscient (All-knowing), it is not too let to turn to the Almighty.