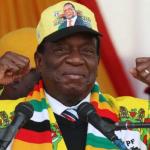 President Emmerson Mnangagwa Wednesday said by-elections would go ahead even if the opposition boycotts them to protest his failure to implement reforms that would guarantee free and fair polls.

Mnangagwa made the remarks while addressing about 6 000 party supporters in Dulivhadzimu Stadium in Beitbridge where he presided over the commissioning of 28 houses for civil servants.

He claimed victory was certain for the ruling party. Mnangagwa boasted as the crowd cheered:

We are going to have by-elections in 2022 and tinovasvasvanga (we will trounce them). In 2023, we will then have general elections tovarakasha (we will beat them).

The opposition has hinted that they will boycott the elections, but we will hold them all the same.

Mnangagwa has said the by-elections will be held during the first quarter of next year.

There are 133 vacant Parliamentary and local government seats following the recall of MDC Alliance legislators and councillors.

MDC Alliance spokesperson Fadzayi Mahere said any proclamation for elections must be accompanied by a clear reform roadmap that paves the way for an undisputed election. She added:

The bad governance and legitimacy crisis that continues to plague Mr Mnangagwa’s regime is a direct result of the disputed election of 2018.

Mahere added that there was a need to disband the Zimbabwe Electoral Commission (ZEC) which is accused of being captured by the ruling ZANU PF.

US$4.00 Harare
Stanley dhucha 6 months ago

28 buses for Civil servants,that means civil servants in Mat south are wagging tails right now and forgeting the nuts they are paid.They will vote ZANU pf and they will later realise that kids don't eat,wear or pay school fees with buses.

MDC A don't take us for granted,with or without reforms let Vote and Voting is our right.As for all that dirty stuff and riggings it's up to you to unveill the dirty secrets.Since you choose to play the dirty game,the play it.

This time we want you to present the V11 in whatever grievences or accusations you have.Boycotting elections will be a clear sign of weakness.Bob once ran the race alone and he enjoyed it,although we know who was the masterminder of that painful victory..Tsvangson was busy with his cutey pie and thinking he was going to wallope Bob,but Ninjas were kicking his supporters everywhere,until he heard it at the very last minute and called for a boycott.Nothing changed,Mugabe was the President.

Chamisa your MP's, election agents and officers must be jagged up and fearless like @Tendai Biti who at once caught the ruling party red handed(The bussed voters,the bold headed green bombers).Biti wasn't relaxed at the day of then election ,he was monitering extinsively.While other MP's were comfortable at their homes...and that attitude will cost you.