We Have Not Advertised Any Job Vacancies – PSC 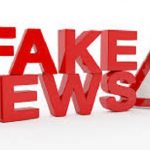 The Public Service Commission (PSC) has dismissed as fake a message circulating on social media claiming that it (the PSC) is set to distribute waiting numbers and cards for job seekers to the Ministry of Youth, Sport, Arts and Recreation.

The fake message says youths who are seeking employment in government should avail themselves to the Ministry of Youth where they will be given waiting numbers and cards by the PSC.

In a statement, the PSC dismissed the message, saying it was created out of mischief. The PSC said:

The Commission advises that this is fake news created out of mischief. Those who follow our posts will observe that consistently the Commission conveys authentic communication in a standard manner.

As a rule, where vacancies arise in the PSC, job adverts are publicized through national newspapers, broadcasting services and our social media sites.

Such adverts are on our letterhead and bear our authentic logo. Readers should distrust any information that does not conform to this standard procedure.

The PSC has advised prospective job seekers to register on the PSC online job registration system which is accessible on the internet.