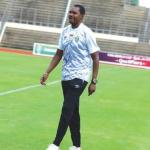 The Zimbabwe Football Association (ZIFA) board led by Felton Kamambo has warned FC Platinum coach Norman Mapeza against accepting his reappointment as Warriors coach by the ZIFA secretariat.

Mapeza, whose short-term contract as Warriors coach expired at the end of the 2022 World Cup qualifiers last month, was recently reappointed the national team coach ahead of the Africa Cup of Nations finals to be hosted by Cameroon next month.

The appointment was announced on Thursday by ZIFA acting CEO Xolisani Gwesela with the blessing of the Sports and Recreation Commission (SRC).

However, in a statement on Friday, the ZIFA board, which was suspended by the SRC a few weeks ago for several alleged misdemeanours, said the appointment of Mapeza was not binding. The statement read in part:

The ZIFA board advises stakeholders that anyone who goes into contractual relationship with ZIFA in the absence or without the express authority of the legitimate ZIFA board was doing so at its own risk and that ZIFA will not honour any obligations arising out of such agreements even if such are on ZIFA letterhead or purportedly signed by any member of the ZIFA secretariat, but without express ZIFA board authority.

… We urge these (Mapeza and Gwesela) to demand that they sign whatever contracts with the real institution they are contracting, which in this case is the SRC, to safeguard and enforce their interests in cases of defaults.

On Thursday, Gwesela said the SRC had given them the green light to retain Mapeza as Warriors coach for the AFCON finals and that he will be allowed to choose his own assistants.

This shit board should be disbanded forthwith, all they are interested in is money not the office they represent