"We Can’t Deny The Reality," - Analysts Say Zimbabwe On Verge Of Redollarisation 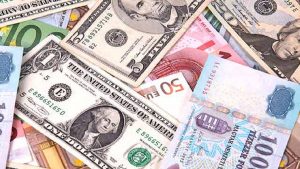 Analysts have warned that the government’s failure to resolve a perennial currency crisis could push Zimbabwe back into dollarisation.

In the past year, markets have been increasingly rejecting the free-falling local currency in favour of the United States dollar.

In 2009, Zimbabwe dollarised following the collapse of the local currency in 2008 due to hyperinflation.

The Southern African country reverted to its own currency in 2019 but since its return, the Zimbabwe dollar has depreciated by wide margins, triggering fears of the return to the 2008 inflation crisis.

Economic analysts Tuesday said the Zimdollar depreciated to US$1:$230 this month, from US$1:$120 in January last year, a sign that it was fast losing value and the country might find itself redollarising.

On the Reserve Bank of Zimbabwe (RBZ)-facilitated foreign currency auction system, the local currency traded at US$1:$115,42 this week from US$1:$6,32 when the platform was introduced in June 2020.

Top banker Nigel Chanakira told Bloomberg that the writing is on the wall for the Zim dollar. He said:

We can’t deny the reality. When you get the Zimdollar you spend it quickly. No one wants to save in that currency.

At the meeting attended by Reserve Bank of Zimbabwe governor John Mangudya and Industry minister Sekai Nzenza, prominent economist Tony Hawkins said Mangudya had failed to preserve the value of the Zim dollar.

He (Mangudya) talks about people using the local currency, but if you go to my bank, the hole in the wall (ATM machine) tells you can draw $2 000 which is now worth US$0.88.

However, Mangudya said shifting from the US dollar to local currency would not be achieved overnight, adding that the central bank was putting in place measures to incentivise the use of the local unit.

WE are you BITE tell them again