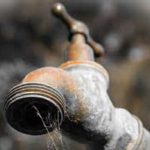 Bulawayo’s water crisis has worsened forcing some schools to dismiss learners prematurely as part of contingency measures in light of a looming health disaster.

There are also reports that public schools in the metropolitan province owe the council $23 million in water bills, which the Ministry of Primary and Secondary Education is disputing.

BCC has since increased the water-shedding exercise to 72 hours per week although residents in some suburbs have gone for almost a week without water.

However, ZESA subsidiary, Zimbabwe Electricity Transmission and Distribution Company (ZETDC) says there was no major electrical fault in the city.

Nkulumane Primary School Thursday dismissed learners around 10 AM citing the prevailing water crisis, which has seen ablution facilities being overwhelmed.

The chairperson of the Nkulumane Primary School Development Committee (SDC), Mr Morgan Masuku confirmed that learners were dismissed earlier due to the water challenges at the school. He said:

Our children are no longer safe at school because of the current water crisis, which has hit the entire city. School authorities consulted us over the issue and it was agreed that our children should be dismissed early to avert an imminent health disaster.

We also have a challenge with BCC’s water billing system, which we are challenging given that schools are not commercial entities. Council says we owe them $1,2 million, which does not tally with our consumption.

Ministry of Primary and Secondary Education spokesperson Mr Taungana Ndoro said whenever there is a critical water shortage, affected schools are supposed to take contingency measures, such as dismissing pupils.

Mr Ndoro confirmed that public schools in Bulawayo were sitting on a $23 million water bill, which he said was not justified given that the city has not consistently provided water.

Bulawayo province has 201 registered schools, most of which are Government-run with an enrolment of a total of 201 977 pupils.