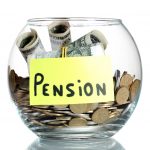 Dozens of war veterans took to Harare streets this Tuesday protesting against poor pension earnings. The Zimbabwe Republic Police (ZRP) arrested over 20 of them.

The defiant former liberation war combatants said they were living in abject poverty while political elites were leading luxurious lives.

They said they were ready to be arrested or die for staging the protests meant to push the government to review their pensions.

They said they used to have better lives but now the situation has deteriorated. Watch the video below for more details.

They previously demonstrated in ‘defense of its people, freedoms, and the future’ after claiming that the ANC government was failing in its duty to effectively run the country.

The trend shows that some African governments are failing to address the veterans’ grievances neither do they have sustainable plans for the welfare of war veterans.

This is sign of social unrest nd discontent amongst our citizenry even the riot police are not well paid .Kurovera vanhu muzhara imomo

These people deserve much better than nuts ..shame how heartless is our gvt

Where is the video ?