WATCH: Truck Driver Praised For Picking And Returning Wallet With Over US$400 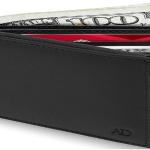 A Zimbabwean truck driver, Mr Dhokotera has been applauded for showing ubuntu after picking a lost passport and wallet that contained over US$400, and handing back the valuables to the owner.

The wallet and a passport belonged to one Isaiah Chisadza at an unmentioned border post.

Dhokotera took a video of the passport and wallet and its contents which include an R20 note, US$400 made up of 4 $100 bills, Isaiah Chisadza’s licence and Defensive Driving Certificate. Watch the video below for more details.

He asked members of the public to help locate Mr Chisadza so that he can give him back what the devil had tried to steal from him.

Mr Chisadza seems to be a truck driver also and if he had to replace the driver’s licence, defensive driving certificate and passport he would have had to fork out another US$400.

God bless you you are the heavenly hero

You are a good Samaritan! If all of us could be like you our country could be a safer place to live with no crime, murder that have put our country in mess of late where we are killing each other over trivial things.

Report Abuse
Man of the moment 8 months ago

Jazakallah my Brother GOD is going to double that to you GOD IS ABLE , Salaam Alaykum Mashallah🙏

Salaam,i like the way it sounds.I think i'll be convert to Islam soon.Where can i get the Koran?