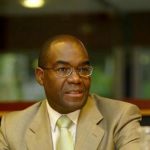 Two serving Ambassadors, a retired diplomat and a high ranking army official have invaded a private conservancy in the Midlands Province.

An investigation conducted by Grazers revealed that the illegal settlers were controversially settled by the Lands Ministry. An investigation commissioned by the Information for Development Trust, with support from FOJO media Institute and The IMS, indicated that the Environment Ministry is not aware of the irregular settlement.

Other people who have been controversially settled in this area include senior bureaucrats and members of the ruling ZANU PF.

Some of the prominent settlers include David Douglas Hamadziripi, Zimbabwe’s Ambassador to South Africa, Albert Ranganai Chimbindi (Zimbabwe’s Ambassador to the United Nations), Chisaka Chipazwa (the former permanent representative to the UN), and Air Commodore Marcelino Jaya and Charles Mphambela, a senior director in the Finance Ministry.

Don't let yo 2mrw get destroyed. Register to vote pliz.

ED and crew are a curse to our generation

Gaffer with you on this one correct action now.

The problem in Zimbabwe is our solution. OUR SO CALLED LEADERS INSTEAD OF BEING AND BRINGING SOLUTIONS TO OUR SOCIAL AND MACRO-ECONOMIC PROBLEMS. They have became our daily problem hence we need an immediate solution for the sake of our tomorrow and the tomorrow of our children. Our parents made a very huge mistake by allowing Mugabe to rule us for more tha 3 decades while the economy was dying and we cannot allow it to happen. Vana vedu vanozochema nesu. There's need for action.