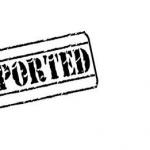 The South African Department of Home Affairs, SAPS and SADF have reportedly set up a massive roadblock between Hammanskraal and Kranshop in preparation for the mass deportation of undocumented Zimbabweans.

Scores of undocumented Zimbabwean nationals who access the country by jumping the border fence are being deported back to Zimbabwe. A roadblock has been set up between Musina and the border. Home Affairs Minister Aaron Motsoaledi is conducting a site inspection.

Motsoaledi said besides the Musina roadblock, there are two other roadblocks at Baobab and another one at Mantsole.

Under the plan announced by the South African government in November 2021, Zimbabwe Exemption Permit (ZEP) holders will get a one-year grace period to regularise their stay in South Africa, after which those whose applications would have failed are required to return home.

However, there is no guarantee that all of them will be successful, and, for many of them, the thought of returning home to face an imploding economy has been difficult.

Traffic at the border between Zimbabwe and South Africa often rises in January as many will be returning to the South after spending the festive season with their families.

We will experience big challenges by OMICRON from these deportees.

THE ROADBLOCK BETWEEN MUSINA AND THE BORDER WILL NOT ACHIEVE MUCH. ONCE TRUCK DRIVERS KNOW THAT THERE IS THIS ROADBLOCK, THEY WILL STOP GIVING BORDER JUMPERS LIFTS INTO AND OUT OF SOUTH AFRICA.

BORDER JUMPERS WILL DISEMBARK IN BEITBRIDGE, GET INTO READY PROVIDED COMBIS TO NOTTINGHAM ESTATES AND CROSS INTO SOUTH AFRICA ON FOOT. THEY WILL GET INTO ALREADY PREPARED VEHICLES WHICH WILL TRANSPORT THEM INTO MUSINA WHERE THEY GET TRANSPORT TO TAKE THEM FURTHER AFIELD.

ROADBLOCKS WHICH ARE MORE EFFECTIVE ARE THOSE SET UP INSIDE SOUTH AFRICA.

TO ME AND OTHER LIKE MINDED
PERSONS THIS IS A POSITIVE ARRANGEMENT BY SOUTH AFRICA. ZIMBABWE NEED THOSE PEOPLE TO COME BACK TO CAST THEIR VOTES IN 2023.

[EAST WEST, HOME IS BEST. COME BACK HOME TO VOTE]

Thanx to our Gvt, atleast,they are doung alot to bring back sons and daughters of our motherland.

i believe this was well planned in advance by the think tanks of our lands and had,been in talks with several govts, however the SA gvt has become the 1st to respond positively to the request of ZIM.