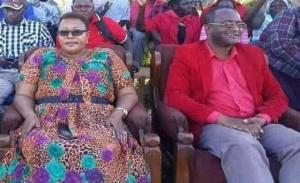 Former Deputy Prime Minister, Thokozani Khupe, has claimed that MDC-T leader, Douglas Mwonzora, did not bring a “single soul” when he joined MDC-T from MDC Alliance.

Khupe made the remarks this Wednesday as the leadership crisis in MDC-T continues.

Mwonzora expelled Khupe from MDC-T over a number of allegations including dining with the enemy but she dismissed the expulsion saying MDC-T had split and she was now leading another faction. Watch the video below for more: