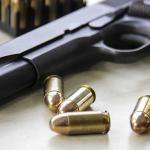 Villagers in Mutawatawa, Mashonaland East province last Friday mounted a roadblock to intercept suspected armed robbers who had posed as police detectives and robbed one of the villagers of US$15 000 and 49 grams of gold.

One of the villagers was shot and injured in the wrist during a confrontation with the robbers at the roadblock.

Police said five suspects robbed Tinotenda Karumazondo, a gold dealer, at gunpoint and abducted him, before dumping him several kilometres away from his home.

Karumazondo’s landlord alerted other villagers of the robbery and they mounted a roadblock and intercepted the suspects. Said the police:

On the same day at around 2200 hours, the accused persons were confronted by the villagers who had mobilized each other and set up a roadblock.

One of the accused persons fired a shot that hit one of the villagers on the wrists to scare them off.

The villagers pursued the accused persons who then disembarked from their gate away car and ran in different directions.

They managed to apprehend two of them whilst the other three escaped.

The two suspects who were apprehended were and handed over to police while a manhunt for the other suspects has since been launched.

Better than the ZRP