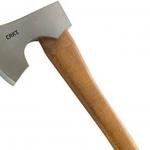 A man from Sizinda Village, Kezi, Matabeleland South, lost ZAR500 000 and over US$1 000 cash to axe-wielding robbers who invaded his home on the 31st of October this year.

The Zimbabwe Republic Police (ZRP) which is now investigating the case announced the development appealing to members of the public who might have information on the assailants. Pindula News presents the police statement.

The ZRP is investigating a robbery case that occurred on 31/10/21 at about 2300 hrs, at Sizinda Village, Kezi, where four unknown male adults who were armed with an axe, flick knife and knobkerrie pounced at the complainant’s house and demanded cash.

The complainant surrendered safe keys, cash amounting to ZAR 500 000 and US$1 100 to the suspects. Anyone with information to contact any Police Station.

Meanwhile, some said such huge amounts of cash must be kept at the banks where it is safer.

Some members of the public are, however, afraid that they might not be able to withdraw their money since the treasury can change policies as it did in 2019 when it declared that the U.S. dollar was now equivalent to the Real Time Gross Settlement (RTGS) dollar.

The problem with some of us is that once we have a reasonable amount of cash on our person...we tend to show off..one way or another..and that's it..you are spotted and trailed to your home..

To be on the safest side if you know that you don't have security guards,live a pauper's life i.e.pretend to be poor

Actually beg to show it

He should go to a competent traditional healer or a sangoma.