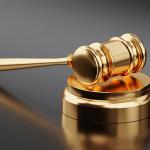 A Victoria Falls man found himself in hot water after he strangled his landlady following a dispute over rent arrears.

Prosecutor Asher Chindedza told the court that on the day, Happiness Tshuma, who lived in the same house with Nyathi, demanded her money.

Nyathi told Tshuma that he did not have the money to pay her resulting in an altercation between the two. Said Chindedza:

A misunderstanding arose resulting in the complainant grabbing the accused’s washing basket intending to throw it outside the house, and that did not go well with the accused who went on to grab the complainant by her neck choking her.

The prosecutor did not say how Tshuma managed to escape from her attacker, but it was revealed that after she regained her consciousness, she reported the matter to the police.

The doctor who examined Tshuma said she was at risk of suffering a permanent disability due to the injuries she suffered in the attack.

In his defence, Nyathi told the court that he attacked Tshuma to save his property.

The magistrate sentenced Nyathi to six months in jail and three of them were suspended on condition that he pay a $10 000 fine.

The remaining three months were suspended on the condition that he does not commit a similar offence in the next five years.

I have a room to let to this guy

Bayahlupha labo o Landlady they act as if they own us forgetting that they need us as much as we do . A little choke doesnt kill but teaches a little lesson on how to treat one another.
#weAreHereForAllOfUs.

Tsaga to b evicted asap