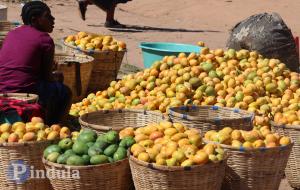 The Bulawayo Vendors Association (BVA) has written to the City of Bulawayo seeking permission to erect vending stalls along 5th Avenue in the Central Business District.

The proposed vending stalls will run from Lobengula Street to Samuel Parirenyatwa Street.

We engaged an architect to draw plans for us that will enable us to erect vending stalls along 5th Avenue. The stalls will be rain and sun-proof as well as well-demarcated.

Our architect tried to ensure that both vehicular traffic and shop owners will not be disturbed by the vending stalls.

Zombe said their proposal if accepted, will go a long way in ending the constant running battles between the Municipal Police and vendors.

He said BVA has already secured funding for the construction of the vending stalls.

July Moyo won't approve and council not grant the vendors the request. July Moyo's party will incite the vendor agains the council saying council is anti development does not care about the plight of the people.
Like a superhero, July Moyo or his leader will "command" council to grant the vendors permission to build.

That is the way it is in a certain country that has the shape of a teapot.