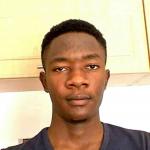 University of Zimbabwe (UZ) student and pro-democracy campaigner Allan Moyo is now a free man after spending more than two months in remand prison for allegedly calling for a revolt against President Emmerson Mnangagwa’s government.

Moyo was removed from remand on 27 October by Harare magistrate Barbra Mateko after his lawyer Obey Shava from the Zimbabwe Lawyers for Human Rights  (ZLHR) applied for the removal of his client from remand as the State was not ready to commence trial since he was arrested in December.

The State was advised to summon Moyo to appear in court if it intends to continue with prosecuting him on charges of participating in a gathering with intent to promote public violence, breaches of the peace or bigotry as defined in section 37(1)(b) of the Criminal Law (Codification & Reform) Act.