USD Compensation For Depositors Who Lost Savings Due To De-dollarisation 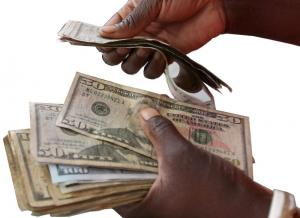 The Government has availed, through Kuvimba Mining House, US$400 000 to the Deposit Protection Commission (DPC) to compensate small and vulnerable depositors whose bank deposits lost value when monetary authorities arbitrarily moved the exchange rate from US$1: $1 to US$1: $2.5 in February 2019.

In November 2020, Finance Minister Mthuli Ncube announced that the Government will compensate small and vulnerable depositors who had balances of US$1 000 and below as of 20 February 2019.

The initial tranche of US$400 000 has been allocated to eligible depositors who had funds in the Deposit Taking Microfinance Institutions (DTMFIs).

The depositors will receive compensation to the full extent of their respective loss of value, and not the full amount they had deposited.

In a statement, DPC chief executive officer Mr Vusi Vuma confirmed receipt of the US$400 000 and urged those eligible are to submit their claims to DTMFIs, with their window period to do so set to expire on 7 November 2022. He said:

Government has now availed through Kuvimba Mining House the sum of US$400 000 to the Deposit Protection Corporation as an agent for distribution to vulnerable depositors.

Given the available resources, several scenarios were iteratively evaluated to identify a method that offers the best compensation to depositors.

The Deposit Protection Corporation wishes to advise the banking public that in the meantime, the initial tranche of US$400 000 will be allocated to eligible depositors who had balances of US$1 000 and below in the Deposit-Taking Microfinance Institutions, to pay for the loss of deposit value occasioned by exchange rate movement from USD1: 2,5, as at 20 February 2019.

The Minister of Finance and Economic Development, Deposit Protection Corporation, the Reserve Bank of Zimbabwe, and the banking sector have reached an agreement in that regard.

After compensating depositors of Deposit-Taking Microfinance Institutions, subsequent tranches for disbursement would be allocated to remaining deposit-taking institutions namely commercial banks, building societies, savings banks, and infrastructure banks, as and when additional funds are availed.

I agree with you @Zodoc Chikaponya, market forces will determine the future of the Zim dollar. But definitely it's total collapse is inevitable

In today's Sundaymail they say RBZ to put measures to promote use of local currency. I don't see redolarisation coming soon