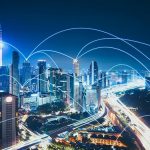 AT&T and Verizon, telecom giants in the United States Wednesday agreed at the last minute to pause a portion of their 5G-C rollout around certain airport runways on Wednesday. AT&T said in a statement Tuesday:

At our sole discretion, we have voluntarily agreed to temporarily defer turning on a limited number of towers around certain airport runways as we continue to work with the aviation industry and the FAA to provide further information about our 5G deployment.

This comes after CEOs from American, United, Delta and seven other major carriers warned of “significant” disruptions in the country’s aviation system if the 5G rollout continued as planned.

Aviation officials are concerned that the frequency used for 5G may interfere with aeroplanes’ radio altimeters – devices used by pilots to measure the distance between the aircraft and the ground in order to land.

In the letter, U.S. airline leaders wrote to government officials Monday asking that the wireless carriers not deploy 5G within two miles of runways at certain airports.

I want to thank Verizon and AT&T for agreeing to delay 5G deployment around key airports and to continue working with the Department of Transportation on safe 5G deployment at this limited set of locations. This agreement will avoid potentially devastating disruptions to passenger travel, cargo operations, and our economic recovery, while allowing more than 90 percent of wireless tower deployment to occur as scheduled. This agreement protects flight safety and allows aviation operations to continue without significant disruption and will bring more high-speed internet options to millions of Americans. Expanding 5G and promoting competition in internet service are critical priorities of mine, and tomorrow will be a massive step in the right direction. My team has been engaging non-stop with the wireless carriers, airlines, and aviation equipment manufacturers to chart a path forward for 5G deployment and aviation to safely co-exist — and, at my direction, they will continue to do so until we close the remaining gap and reach a permanent, workable solution around these key airports.

Reply Report Abuse
You 3 weeks ago

Chenjerai another "virus" from these things. How fast do you want internet to be. Muchaita create something so real and worse than Covid yamunopedza iyi. Real destructive waves shall come out of this 5G Network mischief of yours.
Covid19 was a precursor.

You are a fool. You bloody idiot. You are the type of pigs that want technology to stay backwards. Stupid pig

I remember having this conversation with my Russian friend about this 5G network interference with existing technology. My concern has been proven by the world number 1 country. Deployment of this technology was rushed without proper consideration and compatibility tests with existing communication systems. What next when the 5G towers can affect aviation altimeters??? 🤔. We need more internet speed but are the costs and risks going to be outweighed by the benefits??? 🤔 We will learn new things as the 5G infrastructure is deployed the world over