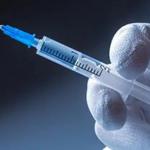 The President of The Philippines, Rodrigo Duterte, has ordered the arrest of unvaccinated people who will violate stay-at-home orders aimed at curbing rising coronavirus cases in the Asian country driven by the Omicron variant.

On Friday, The Philippines reported at least 21 819 new COVID-19 infections, raising the country’s positivity rate to a new record of 40 per cent out of 70 049 tests conducted.

On 1 January 2022, there were just 3 617 new cases reported, and the cumulative cases since the pandemic approach three million.

There are now 77 369 active cases officially recorded in The Philippines, the highest since 17 October 2021.

On Friday, the country reported 129 new deaths, bringing the official death toll to 51 871, although the actual number of deaths could be higher.

In a pre-recorded message, Duterte on Thursday ordered the arrest of unvaccinated people who break stay-at-home orders. Said Duterte:

Because it’s a national emergency, it is my position that we can restrain.

I am now giving orders to the [village chiefs] to look for those persons who are not vaccinated and just request them or order them, if you may, to stay put.

And if he refuses and goes out of the house and goes around in the community or maybe everywhere, he can be restrained.

If he refuses then the [official] is empowered to arrest the recalcitrant persons.

Vaccination against COVID-19 is voluntary in the nation of 110 million people, and less than half the population have so far been fully vaccinated.

Duterte said he was “appalled” at the large numbers of Filipinos yet to be vaccinated.

The Government loosened lockdowns in October last year in order to revive the struggling economy.

However, stricter measures were reimposed following the emergence of the highly transmissible Omicron variant.

Under the new tighter restrictions, in place until mid-January, unvaccinated residents have to stay at home unless buying essentials or exercising.

The Government has also ordered restaurants, parks, churches and beauty salons to operate at lower capacity, while in-person classes and contact sports are suspended.