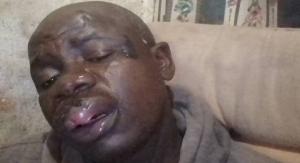 The United States permanent mission chargé d’affaires to the United Nations, Benjamin Moeling, said Zimbabwe should “establish an independent complaints mechanism to investigate and hold accountable members of the security forces who allegedly engaged in
(human rights) violations and abuses”. Moeling said in presenting US recommendations:

(Zimbabwe must) enforce security and due process laws adopted under the 2013 Constitution that prohibit arbitrary arrests and prolonged detentions (and) allow the practice of constitutionally-guaranteed freedoms of expression, peaceful assembly, and association for all.

There were also calls for respect of the separation of powers to ensure the independence of the Judiciary and impartial decision-making.

Zimbabwe was also accused of using the COVID-19 lockdown restrictions to undermine the freedoms of its people.

Australia said Zimbabwe should ensure free and fair presidential and parliamentary elections, allow the free operation of civil society actors and repeal all laws that discriminate against the lesbian, gay, bisexual, transgender and intersex community.

Zimbabwe goes for by-elections elections on March 26, while general elections will be held in 2023.

India and Luxembourg recommended that the southern African nation strengthens the Zimbabwe Human Rights Commission and ensure its independence.

South Africa called on its neighbour to ensure alignment of the Zimbabwe Humans Rights Council Act with the Paris Principles, and the Constitution and provide funding for the protection and promotion of human rights.

The United Nations Human Rights Council office in Zimbabwe stated that irrespective of the imposed unilateral restrictive measures, Zimbabwe had a duty to fulfil its human rights obligations. Said UN in a report:

The UN recommended that Zimbabwe ensures that all allegations of excessive use of force were promptly, thoroughly and independently investigated, alleged perpetrators are prosecuted and adequate remedy was provided to the victims.

All was well said until Australia aired her view