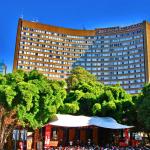 It is heartbreaking that this has happened to an industry that is grappling to get back on its feet after the past 20 months.

With effect from midday, this Friday, to 4 AM on Sunday (28 November), commercial and private planes travelling from the six countries are banned from the UK.

Thereafter, passengers will be required to book and pay for a government-approved hotel quarantine facility for 10 days.

Nicoll noted that the move came at a time the tourism industry has been “grappling to get back on its feet” after 20 months of restrictions. He said:

The announcement by Sajid Javid on Thursday evening that with the discovery of a new Covid variant, six southern African countries would be added to the UK red list from midday on Friday, with flights temporarily banned, has come as a complete hammer blow to all of our members.

We will work closely with the governments of South Africa, Namibia, Zimbabwe, Botswana, Lesotho and Eswatini to understand the full impact of this announcement and how we can support our members and their customers.

The UK Government made the drastic move after a new COVID-19 variant, B.1.1.529, was detected in Botswana and South Africa.

The variant is thought to be highly transmissible and has 32 mutations that are likely to evade the immune response generated both by prior infection and vaccination.