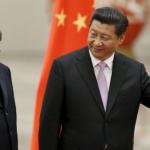 Uganda has dismissed reports that say the Eastern African country gave away Entebe International Airport to China over debt. In 2015, China’s Export-Import (EXIM) Bank lent Uganda $207 million at two per cent upon disbursement. The loan, meant for the expansion of Entebbe airport, came with a maturity period of 20 years including a seven-year grace period.

A statement from the Uganda Civil Aviation Authority (UCAA) reportedly suggested that some provisions in the Financing Agreement with China exposed Entebbe International Airport and other Ugandan assets to be attached and taken over by Chinese lenders upon arbitration in Beijing. Pindula News presents a statement issued by the Uganda government:

Uganda Civil Aviation Authority (UCAA) would like to make it categorically clear that the allegation that Entebbe International Airport has been given away for cash is false. Government cannot give away a national asset like an international airport. We have said it before and repeat that it has not happened, and is not going to happen. There isn’t an ounce of truth in this, and it should be disregarded with the contempt it deserves.

It is true that UCAA opened up a Sales Collection Account in Stanbic Bank where all the Authority’s revenues are deposited in line with the Escrow Account Agreement terms, but it does not mean that anyone is to control UCAA’s finances. The Authority enjoys the freedom and liberty of spending what is collected (as per the budget).

The arrangement is only similar to what happens when one gets a salary loan or any other loan for that matter, and the bank requests that the salary is channeled through their bank. It does not mean that the lending bank takes over the borrower’s salary.
The loan terms provide a grace period of 7 years, and we are still within that grace period during which only interest is paid, and government has not defaulted on those obligations.

Your smile is my smile ,your tears are ny tears and your problems are my problems good people find the cause before you talk of act and its end product.You can chase them out but you will go to their countries again in seach of something usefull because you are very poor to produce enough resorces for yourselves

Chinese people are 100% correct because they do things in support of the ruling govenment so if we can take all the blames upon them we are doing something wrong.The reall cause of this is African countries are poor to the extent that they accept anything that can be seems to be a help.We all know that Zimbabwe is suffering because of sunctions and this can be a big wound for salt to enter the body and some pains.Now corona is a problem to our life and Chines people are in support of giving Vaccines so shona people says Kandiro kanopfumba kunobva kamwe .We Zimbabweans what do we have beside ivory ,coal ,gold and any other minerals so our leaders will ending up giving them an authourity to mine in Africa so as to save my and your life

Bamudala just admit that you're in deep shit with China. A couple of other kantries are going to be in same deep shit.