Uebert Angel To Upgrade Simboti Lodge To A Transit Hotel 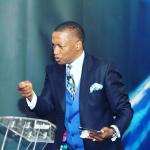 Self-styled prophet Uebert Angel has taken over Simboti Lodge along Airport Road in the capital, which he is converting into a transit hotel.

Named the Mozart Hotel and Conference Centre, the facility is expected to cater for stakeholders including pilots, airline staff and holidaymakers.

Work on the project is expected to start once all formalities are done although recruitment is already underway.

Angel is currently constructing a 6 400-seater Harare Hippodrome and the Beethoven Hotel with 40 executive rooms in Harare’s Braeside suburb.

The flamboyant preacher was in March this year appointed Zimbabwe’s Ambassador at Large and Presidential Envoy to Europe and the Americas by President Emmerson Mnangagwa.

Reply Report Abuse
Man of the moment 9 months ago

Thank you so much MOG AMEEN 🌳

Is there any reason for competition ,Then? do you know makandiwa's house ? Do you know he owns gold mines ,farms,etc

Hubert' investment is also to cover over 20 000 residential, industrial and Commercial stands for upcoming entrepreneurs to benefit on mortgage loan.
His focus is inline with our vision 2030.
I personally salute for the job well done
Mwari vawedzere simba kwaari rinounza hupfumi munyika yedu ye ZIMBABWE

l will like to take this opportunitie to thank you pastor for what you are doing for Zimbabwe may God bless you.

The manifestation of sons of God.Thanks General

That's my Father the General Prophet i partake

the General Prophet that's my Father i partake