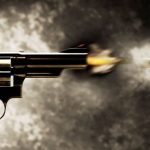 Two men were shot dead while relieving themselves in separate incidents in Gweru and Kadoma, while the body of another man was found with gunshot wounds along the Limpopo River in Beitbridge.

In Gweru, the man was shot in the back while relieving himself in a bushy area near a friend’s house.

In the Kadoma incident, Cosmas Kariya (36) was found dead by his wife Trish Dzowa (32) on November 7 near Mayflower Primary School.

Trish Dzowa had left him relieving himself along a dusty road. Kariya and his wife were walking home from a live band performance at Dzete Bar. His body was found with deep cuts on the head and thigh.

Police are appealing for information that may assist in the investigation of a murder case that occurred at Mandindindi Village, Chiundura, on November 6, 2021, at 10 pm.

A male adult was shot on the back while relieving himself in a bush close to his friend’s homestead where they were drinking beer.

Asst Comm Nyathi said police are also investigating circumstances surrounding the murder case which occurred in Beitbridge where the body of a man was found at the confluence of the Limpopo and Mzingwane rivers.

The body had a gunshot wound on the back, swollen face and some blisters.

A 9mm live round, 5x9mm spent cartridges, a flick knife and a torch were recovered at the scene. The body was taken to Beitbridge Hospital for post-mortem.

Police are appealing for information that may lead to the arrest of the suspect and assist in the identification of the body.