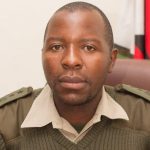 The Zimbabwe National Parks and Wildlife Management Authority (Zimparks) has warned people living around the Hwange National Park to stop buying game meat from unlicensed dealers to safeguard their health.

This comes after two lions, aged 12 and 15, at the game reserve succumbed to Tuberculosis (TB).

Zimparks spokesperson Tinashe Farawo said there was a danger that other animals at the reserve could have contracted TB and consuming their meat could expose people to the contagious disease. Said Farawo:

These two lions that tested positive for TB in Nehimbe prove to us that even human beings are not safe.

People should desist by all means from buying game meat because most of it would be poached and there is no abattoir testing that follows after that and for that reason, this disease that we are investigating could be spread quickly to people because by nature lions are carnivores and if they attack any animal, it means that they can easily infect them including those that feed on their killings (like birds and hyenas).

Farawo said Zimparks was investigating how the two lions contracted TB, which was a first in the country.

The two female lions, estimated to be aged between 12 and 15, were spotted by rangers in the Nehimbe area during routine patrols looking frail.

A team of wildlife medical professionals that conducted tests on the lions established that they had TB.

He said the authority had roped in other conservation scientists to investigate the source of the disease before it spreads rapidly.