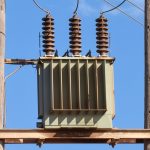 A yet to be identified man suspected to be an electricity transformer thief was found dead after he was electrocuted while trying to steal a Zimbabwe Electricity Transmission and Distribution (ZETDC) transformer in Beatrice.

Local cattle herders stumbled upon the body on Monday morning at a transformer at Gowelands B, Beatrice.

A satchel with an empty wallet, spanners, a rope, a pair of trousers, a jacket and a t-shirt was found on the deceased.

The Mirror reported that their efforts to get a comment from Mashonaland East police spokesperson Inspector Simon Chazovachivi were futile as his mobile was unreachable.

The publication also reported sources as saying that a group of men was seen milling at the transformer place at around 1 AM.

The now-deceased is reported to have climbed up the transformer and was electrocuted after hooking a live wire.

Meanwhile, most of Gowelands B did not have electricity on Monday.