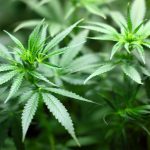 A 56-ear-old woman from Chipinge was caught red-handed by detectives as she weeded her field which had 143 plants of marijuana (mbanje).

The suspect, Arairwai Chikunga from Hanganyi Village under Chief Mutema, told the police officers that she used the drug in conducting healing sessions at her homestead.

She was set to appear in court facing charges of cultivating dagga as defined in Section 156 (10 (b) of the Criminal Law Codification and Reform Act Chapter 9:23.

On January 10 detectives received information to the effect that the accused person had cultivated dagga at her homestead in Hanganyi Village.

The team proceeded to her homestead. Upon arrival, they did some surveillance until they saw the accused person weeding the marijuana field.

They approached the suspect, identified themselves and informed her about their mission.

The cops told her that she was under arrest for cultivating the plants which had an average height of 180 centimetres. The plants were uprooted and taken as exhibits.