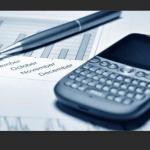 Mashonaland East Provincial Education Director (PED), Anatoria Ncube says the US$50 cellphone levy announced by the Minister of Finance and Economic Development Mthuli Ncube will have a negative impact on the education sector.

Presenting the 2022 National Budget Statement in Parliament last month, Mthuli Ncube proposed the introduction of the US$50 duty on cellphones.

He said the tax will be refunded within 30 days if import duty had been paid on the cellphone when it was imported.

This comes as online learning has gradually been taking centre stage since the emergence of the novel coronavirus which forced schools to shut down a few times since early 2020.

Speaking during an interview with The Mirror, PED Ncube said rural parents are not going to afford the gadgets needed for their children’s education. She said:

The levy will have a gross and negative impact on the rural people who are the majority of our population.

Parents will not afford these gadgets and this will negatively impact rural education.

… We are trying to digitalise as a nation, E-learning is becoming popular in schools and boom we introduce new taxes on gadgets.

He said cellphones are no longer luxuries but a tool for education needed by pupils and students from the lowest grades up to University.

The combative unionist implored the Government to scrap the levy as Zimbabwe was lagging far behind other countries in terms of digitalisation.

Masararure was speaking at the launch of his organisation’s voter education campaign in Chivhu.

Education is the key, the key they use to lock your brain🤣🤣. This Processor knows how to throw the spanners in his own works. Undoing his endeavors kudaro KKK. Out of touch with Zim situation. A lot of civil servants/government employees can't afford decent smartphones. Ruzhinji rozodii?
Ncube, please, don't soil our President's efforts in rebuilding Zimbabwe.