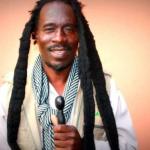 Maungira eNharirira leader and spiritualist, Tichaona “Nyamasvisva” MaAfrica, has warned women against falling for the current wave of the Manjuzu “cult” saying they risk being initiated into dangerous cults.

This comes as more and more young women are reportedly joining the worship of Manjuzu, a mermaid spirit believed to give its devotees riches.

Nyamasvisva, who is the founder of Mbira DzeNharira, said he is “really worried” over the new trend. He said:

I have not only been a mbira player but I also teach people on tour African tradition through music.

However, I am really worried about the number of our sisters who claim to be possessed with the mermaid spirit.

In the past, the mermaid spirit was revered but now each and every woman claims to be going under the water.

We need to be very careful otherwise our sisters might end up being initiated into other cults that will come to haunt them in future for the love of easy things and wealth.

Nyamasvisva said it is wise for people to buy herbs from certified traditional healers to safeguard their health. He said:

I encourage people to buy herbs from the people they trust, especially the elders and of course those with the papers.

In my case, I don’t sell guchu at our shows but when one places an order, I make sure that I bring them the certified one.

People should not consume stuff which they don’t understand because it has some serious consequences on them,” he said.

Nyamasvisva is one of the mbira ambassadors along with Mbira DzeNharira leader Tendayi “Samaita” Gahamadze and Mbuya Stella Chiwshe, who has since settled in Germany.

Buy trusted thing's that everyone uses