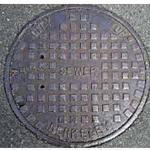 Local government authorities have reported that they have lost many manhole covers to thieves who disguise themselves as council workers.

He added that the City of Harare is currently working on replacing some of the stolen covers.

This year we have recorded an incredibly dangerous and draining act of vandalism which has cost us a lot of resources, time and finances at a time when our budget is already stretched.

We are aware some of the lids are being sold to scrap metal dealers and we have used the carrot-and-stick approach to avert thefts and vandalism cases.

Local authorities are, however, trying to minimise thefts through strategies such as putting locks on manhole covers and roping in scrap metal dealers to ensure they do not buy stolen material.

Composite manhole covers that do not have a ready market have been adopted.

In 2015, the Johannesburg Roads Agency in South Africa introduced non-metal manhole covers and drainage grates to replace metal ones that were being stolen regularly.

The alternative manhole covers have no monetary value and are made of materials like ductile iron, plastic, fibreglass and polymer.

Also, the materials weigh about three-quarters less than the cast iron manhole covers.

Back home, Mutare City Council spokesperson Mr Spren Mutiwi said they are in the process of replacing the stolen cast iron manhole covers with concrete lids. He added:

The most disturbing thing is we do not know the actual number of covers that have been stolen. Some of these manhole lids are in secluded areas, hence there is need for a proper assessment.

Mutare City Council has created an awareness campaign aimed at informing that theft of the lids causes increased cases of blockages, dangers to human life and outbreaks associated with the release of toxic gases.

A snap survey by The Sunday Mail Society last week contacted revealed that scrap metal dealers pay US$95 for intact lids and US$85 for broken pieces per tonne.

One of the dealers identified as Shorai Muchero said clients do not deliver the product to him directly, but through his agents who move around doing collections, usually at night.