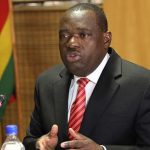 The Memorial Service of the late former Minister of Foreign Affairs and International Trade, Dr Sibusiso B Moyo will be held this Saturday in his home district, Mberengwa.

The Permanent Secretary in the Ministry of Information Publicity and Broadcasting Services, Nick Mangwana said president Emmerson Mnangagwa will be attending the event. He said:

When our National Hero passed on, circumstances were that his body could not be taken to Mberengwa where he hailed from. The people he represented in the Senate never got a chance to say, goodbye. Today his Memorial Service is at Maravuka Village. H.E. is attending.

He was declared a national hero and was buried at the National Heroes Acre in Harare.