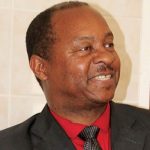 The High Court ruled on Tuesday that the US$20 million contract entered between Drax Consult SALG (Drax) the National Pharmaceutical Company (Natpharm) for the supply of medicines and medical sundries is valid.

Under the deal, Drax was the supplier.

The ruling comes after Drax approached the High Court contesting an arbitral award nullifying the tender it had been granted for the supply of the medicines and surgical sundries.

Justice Webster Chinamora this Tuesday granted the application by Drax finding that the Procurement Regulations of Zimbabwe Authority Zimbabwe (PRAZ) gave authority to Natpharm to act in accordance with a resolution that had been made in procuring the required medicines and surgical sundries.

The contract was abruptly cancelled after a national public outcry following corruption allegations surrounding it.

However, Drax local representative Delish Nguwaya and former health minister Obadiah Moyo who were arrested in connection to corruption charges relating to the contract, have since been cleared of the charges while three Natpharm top executives have since been removed from remand over the same charges.

The High Court has attracted outrage from some members of the public who said the judiciary is captured.

Some proposed that if Moyo was indeed innocent, he must be reappointed to his post.

People may let a man be free when he has done wrong things. Or they may punish a man who has not done anything wrong. The Lord hates it when people do those things.