The Football Association Of Zambia Speaks On Foreign Players' Contracts 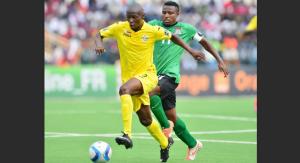 The Football Association of Zambia (FAZ) has announced that the quota system which is premised on limiting the number of foreign nationals playing in that country is now in full swing having kicked in at the beginning of the 2021-2022 season. Pindula News presents FAZ’s statement:

FAZ INFORMATION CORNER: Everything You Need to Know About the Quota System

The Zambian League has in the last few years seen an inundation of foreign players which has triggered various reactions. It is a debate that has refused to wither especially after the FAZ council in May 2021 resolved to introduce a cap on the number of foreign players that any team can sign in the Zambia Premier League. The FAZ media team catalogues the road leading to the introduction of the quota system.

Arising from a members’ item at the AGM, it was resolved that only the Zambia Premier League (Super League and National Division One) would be allowed to sign foreign players. No foreign players will be signed for lower leagues, a move envisaged to give upcoming Zambian players an opportunity to get more game time.

Clubs were also directed to only sign a minimum of five foreign players who would meet the criterion above.

For clubs with players that already have running contracts, they were given the leeway to see out those contracts but can in the meantime only adhere to the five players cap for fresh signings.

Additionally, the club intending to engage a foreign player must submit credentials to the FAZ for assessment and approval before registration.

The player can only be allowed to attend trials with the club after obtaining eligibility clearance from FAZ.

Clubs are not restricted on the use of their five foreign players on match day.

For the record, the quota system is now in full swing having kicked in at the beginning of the 2021-2022 season.

NOTE: The FAZ membership have the constitutional mandate to review the quota system if they deem it fit. For the record, the FAZ council is the highest decision-making body, and its decisions are final.

personaly i think its quite a great move. zvakanaka izvo to develop your own cream you must not suppress it.
Viva FAZ Viva