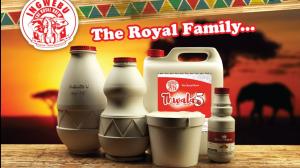 Bulawayo-based lawyer Mr Thandaza Masiye-Moyo has been appointed as the substantive board chairperson for the Bulawayo City Council-owned Bulawayo Municipal Commercial Undertaking (BMCU).

Masiye-Moyo takes over from Concern Joshua Sibanda whose term of office expired on 31 December last year.

Before his appointment, Masiye-Moyo was the board’s deputy chairperson.

According to a confidential council report, Masiye-Moyo had previously been seconded to be the acting chairperson while the local authority looked for a substantive board chairperson.

As part of the process of his appointment as the acting chairperson, Masiye-Moyo reportedly had a one on one meeting with the city’s Town Clerk, Christopher Dube, where it was later recommended that he be elevated to be the substantive board chairperson. Reads the report:

The meeting yielded very positive results in that Mr Thandaza Masiye-Moyo proved himself as worthwhile to chair the Ingwebu Breweries board as he displayed enthusiasm and passion to take Ingwebu Breweries forward. He possessed the required skills and professionalism to be appointed substantively.

His current term of office as board member for Ingwebu Breweries was set to expire on 2 October 2022.

Councillors expressed mixed feelings regarding the appointment especially considering the fact that already Masiye-Moyo’s term was also about to expire.

iThwala 5 is still in circulation¿?

The finest beer in Zimbabwe 🤜🤜🤜🏼