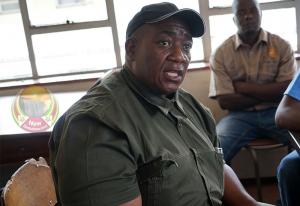 The Progressive Teachers Union of Zimbabwe (PTUZ) has said teachers are financially incapacitated and are therefore not ready for the reopening of schools.

In a letter addressed to the Public Service Commission (PSC) and copied to the Ministry of Primary and Secondary Education (MOPSE), dated 29 January 2022, PTUZ secretary-general Raymond Majongwe accused the Government of “spoiling for a fight” with its employees.

This comes after the Acting Minister of Health and Child Care, Minister of Higher and Tertiary Education, Innovation, Science and Technology Development Amon Murwira on Friday announced that schools will be opened on the 7th of February. Said Majongwe in the letter:

We take note of the statement by the government informing the nation that schools will be opened on the 7th of February, 2022.

It would seem that the government is always spoiling for a fight with its long-suffering employees, given the timing of the announcement and the prevailing circumstances.

Our members cannot be expected to comply with the directive to reopen schools now before the government has financially capacitated them.

Majongwe said teachers expected the Government to announce that it has reviewed their salaries with effect from January 2022. He said:

It does not make sense that the government is content to remunerate its employees with about a quarter of the consumer basket, which as of December 2021 stood at about $72 000.

None of our members managed to meet their very basic expenses with the measly amount they received as salaries on 18th January 2022.

Why anyone believe teachers managed to spare anything from that amount so they can report for duty on 7 February 2022 beats us.

Majongwe said the PTUZ would be shocked if the Government really believes that teachers will report for work on 7 February.

He urged the Government to utilise the time between now and the 7th of February to ensure that it solves the issue of teacher remuneration.

PTUZ HAS NEVER BEEN A POLITICAL PARTY AT ANY ONE POINT. IT IS A WORKERS UNION AND MUST BE RECOGNIZED AS SUCH.

TODAY PTUZ HAS NOTIFIED ITS EMPLOYER IN GOOD TIME THAT THEY ARE INCAPACITATED. THEY HAVE NO MEANS TO GO BACK TO SCHOOLS.THEY ARE NOT REBELLING. THEY HAVE TAKEN A LAWFUL WAY OF NOTIFYING THEIR EMPLOYER.

OUR GOVERNMENT MUST BE SERIOUS AND AWARD CIVIL SERVANTS AND PENSIONERS INCREMENTS. THEY DO NOT HAVE PERMISSION TO SCRAMBLE FOR CRUMBS.

"The Amalgamated Rural Teachers Union of Zimbabwe (ARTUZ) has urged the Government to reopen schools forthwith, saying there is no justification for their continued closure.

However, ARTUZ queried why schools are closed when courts, churches, bars, banking halls, supermarkets, among other facilities, are open.

ARTUZ said there is no scientific explanation for the closure of schools and the move by the Government reflects a clear sign of incompetence as well as an assassination of classroom dignity and of the education sector." Pindula

Haiwavo. Most Zimbabwean teachers (I said most) vanenge madununu. They don't support their leaders and these people end up vakuita like they are just fighting government. A lot of teachers don't even belong to any union.
To me a lot deserve their suffering-of all government workers teachers have the capacity and legal space to really strike zvinopa pressure to the employer. Asi you hear ana Majongwe wachiti we are incapacitated let's not go for work, isu wanaTsodido totongwavha kuti tikwanise kuenda kubasa.

PTUZ is much into politics than representing the teachers

@Kety,who says if you're a politician you cannot be in trade unionism? Just recently Jetro Dauramanzi passed on and read the statement by the acting President chronicling Mr Dauramanzi's history. He was a nationalist and also a trade unionist saka nhasi chashata chii kana vaZhou vachiita zvese. Apa Zhou ndewe Mberengwa kuMidlands not Masvingo kwawareva uko.
The govt should simply look into it's employees welfare and avoid these kind of fights coz how do you think they'll achieve the so called vision 2030 with disgruntled workers??
Kubasa kana ndiri seni handibayi zvangu
☝️☝️☝️