Teachers Declare Incapacitation Ahead Of Resumption Of Classes 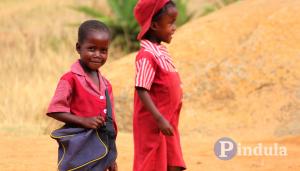 The Zimbabwe Teachers Association (ZIMTA), has declared incapacitation ahead of the opening of schools next Monday and has pleaded with the Government to act on civil servants’ poor salaries as a matter of urgency.

In a statement this Friday, ZIMTA president, Richard Gundane, said teachers are not able to return to their workstations to assume their duties. Said Gundane:

The Salary levels earned in January 2022 are inadequate to support transport needs for commuting to various stations in the rural areas and to support daily commuting by teachers in urban areas.

Educators have failed to pay school fees and buy uniforms for their children, let alone failure to subsist as families, a scenario that has pushed educators to moonlight.

Without a meaningful salary increase, educators have no way of going back to assume their duties.

He said the NJNC meeting “did not give an aorta of hope, instead it squandered all the goodwill that educators had credited the negotiating platform with.” Gundane added:

Teachers now postulate that the USD $75 .00 COVID-19 allowance was a make-believe gesture meant to pull the wool over their faces so that the State would appear it cared about teachers’ welfare.

Teachers’ patience has been overstretched and now feel provoked, underrated, thought off and abused, a strong feeling of disdain has been generated on the negotiating structures.

Due to the reasons above, ZIMTA now declares a state of incapacitation and now informs relevant authorities, parents, and stakeholders of this unpalatable situation in the education fraternity.

The ZIMTA president warned the Government against pushing teachers and the rest of the civil service to embark on job action. He said:

We urge the responsible authorities to conclude the salary issue now and further desist from the tendency of throwing teachers and indeed the rest of the civil service into cyclic industrial disharmony.

ZIMTA stands by the recommendations of the many teachers in the public schools and many civil servants tormented by the poor salary and employment benefits awarded negligently by the employer.

Last month the Progressive Teachers Union of Zimbabwe (PTUZ) also said teachers are financially incapacitated and are therefore not ready for the reopening of schools.

In a letter addressed to the Public Service Commission (PSC) and copied to the Ministry of Primary and Secondary Education (MOPSE), dated 29 January 2022, PTUZ secretary-general Raymond Majongwe accused the Government of “spoiling for a fight” with its employees.

@1 6 Life doesn't have to be a struggle, let me tell you a little secret complaining never solved anything! The reason I detest CCC is that you are just a bunch of complainers always finding fault whilst on the other hand ZANU are looking for solutions yes some of them fail dismally at least they are trying to find solutions 😁😁😁 As per your analysis that "ndirikuchengetwa blah blah" you were 100% correct, don't blame me if my parents where able to leave a sufficient inheritance on my side even in bible times that is how it is supposed to be "...leaving an inheritance to your children children's up to the fourth generation..." Obvisiouly iwewe you will only leave your children with that complaining poor victim mentality of yours...shame on you

@captain wow the bar is that low for you ZANU supporters? " at least they're trying to find solutions" really since 1980 they still looking for solutions ??

For the past 2yrs teachers have been paid 100% salary for 50% of work not delivered. Didn't they stay at home for seven months in 2020 and still got full salaries each and every month. Mateacher fuck off mani, vamwe hapana chataiwana, plus nyika yakaomera munhun wese iyi. Noone is even getting anything near the average bread basket.

Future education of high quality yatikuda for OUR kids haibude pasina adequate resources which includes Human, maTicha acho. So if they are demotivated coz of fake promise and suppression by their own Gvt... Hapana chinobuda kumberi uko.

Report Abuse
Me 3 months ago

-For how long have civil servants mostly teachers demanding meaningful discussion on their welfare?

-Are they doing an unconstitutional thing to demand for better welfare from their employer?

- using yo 6th Sense, are OUR children accessing quality education or kungonoona madziro?

- Checking with other countries, are were at their levels on maintaining teachers standards as well as country's Education?

- Extra lessons are benefitting only a few kana usingazive. The majority of Learners (&teachers) vari kumamisha and can't afford them?

Lastly, makorokoto kwauri if you are affording decent education to yo kids (& relatives). But may Yu be advised that they should be getting better than that when their teachers are motivated uye Gvt iri serious. Us parents we should be there For the benefit of our children's education when teachers demand very reasonable things.
🤐

@Dury because he is doing something worthwhile 😁😁😁

Teachers should not cry foul, havaitise here maextra lessons milking parents of their hard earned cash 🤔 The ministry of education fully knows the worst case scenario they have adequate qualified young vibrant educators vasitorina mabasa...it's a simple law of nature called the law of demand and supply...if the supply (mateacher) exceeds the demand(zvikoro) the prices are meagre (very low), yawarikutopihwa bholato vamwe we are surviving tichitengesa madhomasi...mahure akawandisa panzvimbo mutengo unodzika that is why in epworth you can get a white for a $1 which in the avenues it's $20+ 😁😁😁🤭🤭🤭

Someone who is in the devolution committee is getting more than $200 000 a month.He has an allowance for a maid that is more than a teachers salary.Then you bring up patriotism .

"Africans" don't understand the concept of nation building - it comes with sacrifices ,that is what is termed patriotism...look at North Korean people they don't fear sanctions they don't fear the USA because everyone contributed to making it the patriotic nation that it is today(just recently they launched their state of the art missile just to flex their muscles). I tell you educators in Zimbabwe receive better wages but educators in North Korea but what do we have to show for the disparity,dooshbags graduates with no innovation ,no inventions saka totii varikuita basa rei zvekuty wangade mari yakawanda - the end should justify the means, if at the end of the day we have dull CCC possessed graduates why pay them more when their outputs aren't solving anything or adding value to the country nxaaaaaa vanhu imimi makuda kunditi ndishatirwe ...

I THINK @R'G IS A TEACHERS KKK

The worst and disgusting thing this gvt clearly has shown us is that they are completely heartless , i personally feel disgusted whn it comes to this matter bcz i can witness the hardships and pain these civil servants are going through , the punishment awaits!

The regime has failed completely i am not a politician and i am not interested in politics but the regime has failed it only abdut opposing voice.one thing people are being paid peanuts and reach pensions without anything.everyday bad New s for Zimbabwean loadsheding,food rise pric ,petrol rising price,sewage problems,no health ,no teachers no nurses nopassport corruption at every office,poor salary ,teacher fail to pay fees,hea vily taxed ecocash ,rising costs of living ,rising data bundle ,rising black market,rising school drop outs .l,rising robbery,rising tollgate rising rentals,rising school fees,rising bus fare ,rising bank rates,civil cevants opening various account nostro and rtgs,rising hosptal f3 and brain drainage.the regime fly abroad for medication.i praise the roads only which are being done Harare beitbridge and nothing else.i dont support a political party and i am not a politician.My prayer is not for a political figure but i pray god intervene and help my lovely united motherland Zimbabwe.I don't believe in politics but in god.i trust god can help a country not a politician.God bless Zimbabwe.

Reply Report Abuse
For the ones you love 3 months ago

A teacher is a very important person in educationa sector but our government keep neglecting them , they go meeting after meeting for them to be paid in foreign currency but northing tangible happened and some thy are dog tired , so vanoshanda sei vachihora nzungu inzwaiwo tsitsi mubhadhare varairidzi kana 300 US per month it's reasonable

I just want to show you the irrelevance of teachers by just citing two examples. Sir Isaac Newton was a self taught man he never went to school but taught himself to read and write,look at the heights he scaled. Benjamin Franklin the great statesman google him and see if he ever relied on teacher, great men are self taught mediocrity is a result of having teachers( kutaura chokwadi most teachers barely passed their O level, they are just the 5C students in 3 sittings🤭🤭 and you entrust your child in the hands of such absolute mediocrity 😏 shame on you..) If you have your children at heart take advantage of technology paYoutube pane excellent tutorials all you need is just to pay your data fee panze pekutambisa bandwidth uchiona porno...crude reality

I FEEL SORRY FOR ALL GOVERNMENT EMPLOYEES AND PENSIONERS WHO ARE LIVING ON CRUMBS.

ONCE GOVERNMENT ANNOUNCED THAT SCHOOLS SHALL BE OPENED ON 7 FEBRUARY 2023, TEACHERS IMMEDIATELY NOTIFIED THEIR EMPLOYER THAT THEY WERE INCAPACITATED TO RETURN TO THEIR WORK STATIONS.

THEREFORE OUR GOVERNMENT IS AWARE THAT THERE WILL BE NO TEACHERS AT THE SCHOOLS FROM THE OPENING DAY. GOVERNMENT MUST NOT INTIMIDATED TEACHERS WITH THEIR "NO WORK NO PAY" POLICY. THE POLICY IS AN ELEMENT OF DICTATORSHIP.

DICTATORSHIP CAN NOT BE ALLOWED IN THE SECOND ADMINISTRATION. IT IS ARCHAIC.

This is a very serious issue which appears to be neglected, look at pensioners, civil servants haa it's very pathetic, everything is hiking, basic commodities, tarrifs, bus fares, school fees,etc