Teachers Declare Deadlock With Govt Over Payment For Invigilating Exams 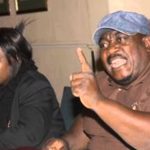 Teachers’ unions have declared a deadlock with the government over the payment for invigilating examinations after Monday’s meeting failed to resolve the impasse.

The teachers want to be paid for invigilating the Zimbabwe Schools Examination Council (ZIMSEC) end-of-year examinations.

They met with the Primary and Secondary Education minister Evelyn Ndlovu, ZIMSEC officials and other education officials to press their issues.

The meeting failed to make headway with the educators saying none of their concerns was addressed.

The minister asked for time to solve teachers’ problems, including low salaries and invigilation allowances.

That being the case, our members will still not invigilate the examinations outside of a written contract with ZIMSEC.

Zimbabwe National Teachers Union chief executive Manuel Nyawo said teachers told Ndlovu that there was no reason for them to fight the government as all they needed was more disposable income.

But Primary and Secondary Education ministry spokesperson Taungana Ndoro said it was encouraging to note the common ground reached. He said:

It was resolved that in respect of invigilation, the unions must come up with a consolidated position paper and the minister would consider it for the way forward.

Invigilation should be part of their work which must not be paid for (although they deserve a better salary). Vanoda kubhadharwa for invigilating ko vanofanira kunge vachiitei during exams? The main objective for teaching the children is to make them write and pass the public exams which are from ZIMSEC. Therefore, the teachers have to guide the children kupedzisa rwendo rwawo. Just invigilate sezvamaingoita kare.