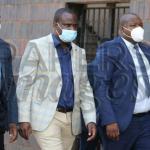 The rape trial of Harare-based pastor, Tapiwa Freddy, has been set for the 6th of January 2022.

The founder and leader of Goodness and Mercy Ministries appeared in court for his routine remand this Monday.

Prosecutors told the court that they are prepared to commence the trial on the 6th of January 2022 after carrying out further investigations.

Freddy (39), is facing allegations of raping a 33-year-old Harare woman on several occasions.

The self-styled prophet was arrested last month on allegations of raping the woman after promising to assist her with the upkeep of her child.

The court heard that three months after the death of the complainant’s husband in 2020, Freddy proposed love to the woman but she spurned her advances as she was still mourning her husband as per traditional protocols.

Some time in November 2020, Freddy reportedly visited the complainant’s rural home to see her child.

On his return, Freddy allegedly raped the complainant and instructed her to consider him as her new husband, threatening to cast a spell over her if she resisted.

Prosecutors further alleged that sometime in August this year, Freddy took her victim to Moja Shopping Centre in Mbare.

He reportedly physically abused the woman, who is physically challenged and nearly overran her following a heated argument.

These charges were concocted, why was Rutendo extorting money from Freddy lest she tells Freddy's wife and the World about the affair? Rutendo's phone was confisticated when the police arrested her for extorting and Rutendo's lawyers wrote to the police demanding that they return the phone one then wonders what is Rutendo masking? Truth of the matter is Rutendo was having an affair with Freddy and when Freddy decided to have her arrested for extortion, she concocted rape charges like what many women do but that phone has evidence of the affair they were having. There's no case here I hope Rutendo gets hit with a countercharge of perjury.

Definition of RAPE: Rape is having sexual intercourse, with a woman, without her consent.

Essential elements;
1.Having sexual intercourse
2.With a woman
3.Without her consent

Once the three are met, a docket is compiled, zvoenda kwa Prosecutor.

Ruru's phone is the one that will exonerate Freddy, an affair was there but now that things turned sour it's now rape. What do you call accepting US$2 500 from someone who isn't your friend? That engineer guy who pretended to be Ruru's brother kkkkkkk. They should have accepted that it was over in secret like the way they started their affair. They want to use the courts to settle their stupid scores. If it was rape why is she in possession of the Mercedes Benz from Freddy? Some of these laws need to be revisited an adjusted a little bit. Why report rape now when in actual fact it happened a long time ago when the two were happy together? How the hell do you even tell your rapist the location of your rural home? Be adults and sort your issues alone. It's going to affect both of you forever

Having an affair does not mean sexual consent. If you force yourself on your girlfried at any given time, without her agreeing to it(even if wakamboluma before), its rape. Also assisting someone in cash or kind (not that kind), is not an invitiation to have sex without her consent. Madhodha, ensure the woman has agreed to have sex before you do it, or else unopinda muchizarira, madhongi achingokuma.

I doubt it,Freddy haanyure he'll just bribe his way out of his troubles. If you have enough money in Zimbabwe, you'll never see the inside of a prison.