Suspect Commits Suicide In Cell After Being Denied Bail 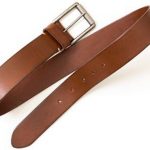 A Glen Norah man who was arrested for robbing a neighbour of a cellphone worth US$10, reportedly used a leather belt to commit suicide in a holding cell at court, a few minutes after being denied bail.

The 38-year0old Darlington Rushambwa was remanded in custody by a Mbare magistrate but used his belt and mesh wire to commit suicide in a toilet.

He was found hanging in the holding cell.

I can confirm that a 38-year-old man committed suicide after being remanded in custody. He was facing robbery charges and the magistrate had just remanded him to November 22.

After the remand proceedings, prison officials locked him up. A few minutes later, they found him dead.

The body was taken to Sally Mugabe Central Hospital for post-mortem.

Rushambwa was arrested in connection with a robbery that occurred in Glen Norah A in March this year.

On March 18 this year, a complainant Mr Matts Kungulani was walking from Spaceman shops to his home using Gumbe Road. Along the way, Rushambwa and three others pounced on Kungulani, hitting him on the back before tying his hands and legs.

No proper screening is done at court before one enters a holding cell and some are locked up in their suits and neck-ties.

They can only be asked to take off belts, neck-ties, shoes and put on prison garb when at the prison.

You are right the prison warders were negligent