SuperSport To Broadcast Live All 52 AFCON Matches On DStv 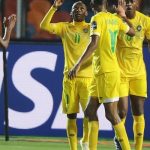 SuperSport will broadcast live on DStv all the 52 matches of the TotalEnergies Africa Cup of Nations slated to start on January 9 and continue to February 6 in Cameroon.

To be played among six groups of four teams each, Afcon will host powerhouses like Algeria, the defending champions, Nigeria, Egypt, Ghana and Tunisia.

SuperSport is an important platform in Sub-Sahara and we are excited to team up with them for the TotalEnergies Africa Cup of Nations. It is important for CAF to ensure that the AFCON, being the single-biggest sporting event on African soil, and prime content, is accessible all over the world. This event is consumed not only by Africans but enjoys a global audience.

In South Africa, the PSL channel will carry 43 matches with the remaining nine available on SS Variety 3.

On the rest of the continent, SS Variety 1 will feature 43 matches with the other nine on SS Football.

There will also be live coverage of all the big games on the web, app and social.

Additionally, for the first time ever, African streaming service Showmax is bringing all 52 Africa Cup of Nations games live to its viewers.