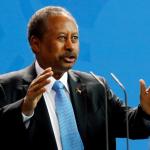 Hamdok was placed under house arrest when the military seized power and declared a state of emergency, dissolved the interim government, and arrested the civilian leadership in October.

Fadlallah Burma Nasir, head of the Umma Party, confirmed the deal to reporters on Sunday.

A group of Sudanese mediators also released a statement on the agreement. Said Nasir:

A political agreement has been reached between General Burhan, Abdalla Hamdok, political forces and civil society organisations for Hamdok’s return to his position, and the release of political detainees.

Hamdok will form an independent cabinet of technocrats and all political detainees will be released under the deal between the military and political parties, said Nasir.

Nasir added that he took part in a meeting late on Saturday in which mediators reached the agreement.

The Sovereign Council will hold a meeting on Sunday before announcing the deal, said a source with knowledge of the talks.

The takeover ended a transitional partnership between the military and civilian groups that helped topple former President Omar al-Bashir in 2019.