"Stranded" Woman Vanishes With A Car Of Man Who Offered Him Transport, Accommodation 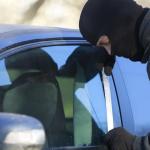 A “stranded” Bulawayo woman last week Friday vanished with a car of a man who offered her transport and accommodation.

Police sources say Mr Elliot Mukaro was driving his Toyota Mark 2 around Bulawayo at night on Thursday last week and he went to Queens Sports Club to drink at Boundary Nightclub.

At around 3 AM on Friday, Mukaro reportedly met a woman by the name of Thuba, who was in the company of three unidentified men.

After some drinks, the woman approached Mukaro and asked him to take her to Nkulumane where she lives.

However, Mukaro pointed out that his car was low on fuel and would not make it to Nkulumane.

Thuba offered Mukaro US$5 for fuel and he then agreed and the three men she was with disappeared as the couple drove around the city centre looking for fuel.

They could not find the fuel, and Mukaro is said to have suggested that he could take Thuba to his house in the Emakhandeni suburb to sleep till it was safe to travel.

When they got to Mukaro’s house at around 5 AM, it is alleged that he left his car keys on a table in the living room and Thuba sat on a chair there.

Mukaro retired to his bedroom and slept and woke up at around 11 AM only to discover that Thuba had vanished with his car.

He then made a report at Entumbane Police Station and his car has not been recovered.

Earlier reports had suggested that he is the one who had hired a 23-year-old sex worker – Cwebisile Hlengiwe Moyo – who stole and crashed his car. He refutes the claims. Mukaro visited the Chronicle offices on Tuesday and narrated his story. He said:

My car was stolen on Friday morning. I reported it at around 11 at Entumbane Police Station. I was called to VTS and up to now they haven’t found the car. I was not with a hooker, I was not with anyone and my car is still missing.

I arrived home at around 5AM and I just left the keys in the ignition.

When I woke up late I found the car gone. I thought one of my friends had taken the car. After about 30 minutes when nobody showed up, I went to the police to report my case. I live in Emakhandeni and police are still investigating.

He added that the only other item that was in the car is his jacket that had US$30.