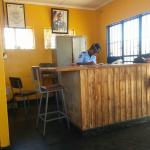 A 47-year-old woman from Marondera is facing aggravated indecent assault charges after she put her 14-year old stepdaughter through a virginity test.

The woman, from Gomo village, in Masomera, under Chief Svosve, cannot be named to protect the identity of the victim.

She allegedly inserted a cooking stick and her fingers into the girl’s private parts to test if she was still a virgin.

I confirm the arrest of a Marondera woman who was charged with aggravated indecent assault. We urge the public to desist from such acts as it is an offence.

Allegations are that on an unknown date in November this year, the woman ordered her stepdaughter, who was preparing to go to school, to lie on her back.

She reportedly covered the girl’s face with a cloth before inserting a cooking stick in her private parts saying she was testing her virginity.

After a week, the suspect approached the girl again and inserted her fingers in her private parts in another round of virginity tests.

On Monday the girl told her class teacher about the incidents and a report was filed at ZRP Marondera Rural, leading to the arrest of the stepmother.