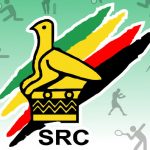 The Sports and Recreation Commission said that they are yet to get official communication from FIFA on the fate of the suspended Zimbabwe Football Association (ZIFA) board led by Felton Kamambo.

Early this week, FIFA Chief Member Association Officer, Kenny Jean-Marie, wrote to ZIFA advising them that the SRC should reinstate the association’s suspended board by 3 January or the country risk sanctions.

The letter was addressed to the ZIFA chief executive officer Joseph Mamutse, who has also been suspended by SRC.

Meanwhile, the ZIFA secretariat, which was also copied on the correspondence, have forwarded the letter to SRC.

Responding to questions from The Herald, SRC board chairman Gerald Mlotshwa indicated that their hands were tied since FIFA did not address them directly. Said Mlotshwa:

The SRC is yet to receive any official communication addressed to it from FIFA. When that happens it will respond officially.

SRC suspended the ZIFA board last month on allegations of misappropriation of public funds and sexual abuse of female referees, among other charges.

SRC subsequently appointed a nine-member ZIFA Restructuring Committee, meant to review the national game, and also conduct a forensic audit but FIFA demanded that the decision be revoked. Jean-Marie wrote:

As a consequence, should such decisions be considered by FIFA to constitute undue third-party interference in the internal affairs of ZIFA, the appropriate sanctions may have to be imposed on ZIFA by the competent FIFA body.

In such a case, all Zimbabwean football would suffer the consequences, especially on the eve of the AFCON 2021.

SRC should not step back to hell with the tournament we can't continue to tolerate incompetence as the norm.

SRC should not take pple for granted and they should remove the suspension of Zifa board and save the football fans who are eagerly waiting to cheer their team rubbing shoulders with big teams in the continent.Just swallow your pride guys and do the best thing for the benefit of this great nation