South Africa Sued Over Its Plan For New Coal-fired Power 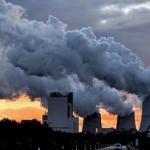 Three civil society groups have taken the South African government to court over its plan for new coal-fired power, which they say threatens people’s right to an environment not harmful to health.

South Africa has since 2007 been experiencing an acute power crisis resulting in widespread rolling blackouts as supply falls behind demand, threatening to destabilise the national grid.

The country already has 15 coal plants with a nominal capacity of more than 38 000 megawatts (MW) and is the world’s 12th biggest emitter of greenhouse gases.

The intention to build 1 500 MW of new coal capacity is contained in the government’s Integrated Resource Plan, a 2019 document laying out the energy mix up to 2030.

At the United Nations COP26 climate summit this month South Africa secured US$8.5 billion of financing from wealthy nations to speed up its shift from coal.

Lawyers for the three groups – groundWork, the African Climate Alliance and Vukani Environmental Justice Movement in Action – wrote to Mineral Resources and Energy Minister Gwede Mantashe and energy regulator Nersa in September demanding that the plan for 1 500 MW of new coal capacity be abandoned.

The lawyers said in a statement on Wednesday that the government had not responded to their “letter of demand” and that litigation had now been launched in the high court.”

In 2017, Endcoal, environmental, social justice and health advocates, reported that coal is the single biggest contributor to anthropogenic climate change.

They said the burning of coal is responsible for 46 per cent of carbon dioxide emissions worldwide and accounts for 72 per cent of total greenhouse gas (GHG) emissions from the electricity sector.

The west and the east have polluted our shared skies. They had started from coal and morphed into clean energy. Used our resources for their success. Let us have those coal powered generators and have energy for our industries and homes. Latter we will morph into clean energy. We cant clean their mess. Otherwize they should pay heavily to africa by freely installing clean energy generators first.