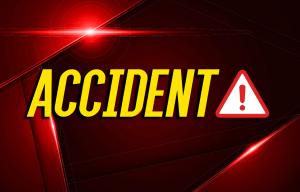 Six people believed to be Zimbabweans were killed in a road accident early Friday morning near the South African border in Beitbridge when an overloaded Nissan Navara they were travelling in overturned along the N1 highway.

Fourteen other passengers aboard the same vehicle escaped with injuries and have been taken to Musina Hospital in Limpopo province.

The vehicle was travelling from the Beitbridge Border Post towards Musina town when tragedy struck.

In a statement yesterday, Limpopo’s Department of Transport and Community Safety blamed the accident on reckless driving. Said the Department:

It is alleged that the driver of an overloaded Nissan Navara lost control of the vehicle and it overturned.

The driver and five passengers were confirmed dead on the scene and 14 other passengers were taken to Musina Hospital with serious injuries. Reckless driving has been cited as the possible cause of the accident.

In a related incident, two people were killed in a head-on collision on the same stretch of the road when a Nissan van collided head-on with an Audi sedan resulting in the death of the two drivers. Two passengers in the van escaped with injuries.

Limpopo Transport and Community Safety Member of Executive Committee (MEC), Ms Mavhungu Lerule-Ramakhanya said indications were that speed, reckless and negligent driving were contributing to the surge in the road carnage.

Honestly I almost thought it's Caravan yet it's Navara