South Africa Resort To Dirty Tactics Ahead Of Warriors Match 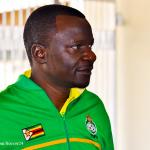 The South African Football Association (SAFA) has seemingly forsaken the spirit of good neighbourliness ahead of the FIFA 2022 World Cup qualifier against Zimbabwe.

Bafana Bafana host the Warriors in the penultimate round of the 2022 world cup qualifiers at the FNB stadium in Johannesburg on Thursday night.

Warriors manager Wellington Mpandare said that they rejected the two training pitches that they were offered by their hosts as none of them was suitable.

He said the Warriors had to look for another venue and eventually conducted their first training session at the Sandton sports club while waiting for the South African Football Association to fix the venue issue. Said Mpandare:

We were given two venues but one had tall grass and the other one had artificial turf so we didn’t want to take chances, so last night the coach and I had to look for a training pitch and we found the one we are using now.

It also happened in Ghana last month, we had problems acquiring even a private pitch, I guess it’s African football, we are used to it now, so there are no complaints.

Zim struggled at their best pitch (NSS),so there is nothing they can do with e conditions of SA g grounds...

Kikiki kirikiti ki 😆 u made my day

US$4.00 Harare
Baba chanana 6 months ago

Where is our ambassador when all this happening? Look what Ghana ambassador did here in zim the team arrived and found all in order

Imo muno macho mune magrounds akanaka here, next u will here this as an excuse for defeat

Imo muni machi mune magrounds akanaka here,next u will here thus as an excuse for defeat

When are Zimbabweans going to learn that South Africans have heard enough of them. Some Zimbas are now full time criminals in SA. They should be put in jail. Even if they come back here,they steal when Zimbabweans are having a tough time to put food on the table

Those are mind games.. even in Europe it happens..eevn Man utd were once exposed to it... don't start to point politics... it's soccer

It's as shame for SAFA to do such a thing